A small set of Bela 11021 - confronts Batman and his loyal Bat-dog with two black villains called Talona (with the accent on the first syllable). In addition to personal weapons - the golden shield and betarang, Batman also has a vehicle - a three-wheeled buggy - a motorcycle that has tremendous power, speed and maneuverability. On this wonderful machine, only one Batman fits - it is assumed, probably, that Bat-dog will be able to run (or fly) along with the buggy due to his super abilities. A couple of coupons also boast their weapons - golden pointed paws with claws and golden katanas. As you can see, the Bela 11021 set is an excellent battle-pack, with the possibility of developing a storyline and solid character filling - 4 minifigures. 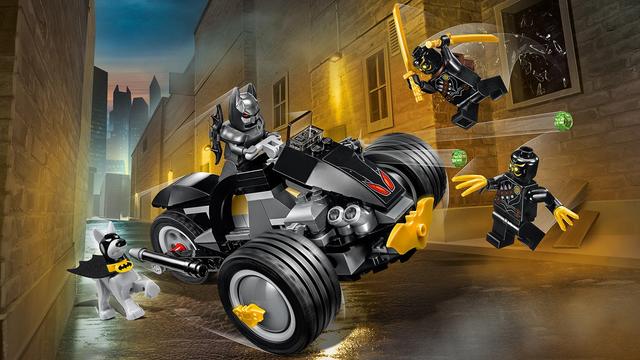