Justice League has a lot of work again. Insidious Lex Luthor invented a new supervillainous plan. Teaming up with other criminals, he wants to gain unlimited power over the city and its inhabitants. A multifunctional mechanical robot will help you with this Luthor. Like a giant monster, he can give a fitting rebuff to superheroes. The main thing is to reward the robot with maximum power by connecting three Energy Drivers to it at once.

From the details of the Bela 10843 kit you can assemble a Lex Luthor robot. Its massive body is made in purple-green color with the addition of transparent elements. The central part is occupied by the cockpit. It is covered with tinted glass, which is thrown back, you can look inside and see the interior. During the battle, the cabin is able to separate and turn into a rescue capsule.

On the sides of the cabin is visible ventilation system, represented by two air intakes. Symmetric engines are mounted on the opposite side. Between them there is a six-gun. It is installed on a movable base, which allows you to change the position and target opponents.

Individual attention deserve the extremities of the robot. Hands transformed into manipulators with gilded flexible fingers. In one hand, the giant can squeeze the enemy, and in the other - a sharp ax with two blades. The legs are also very detailed. They allow you to move realistically and not lose balance. 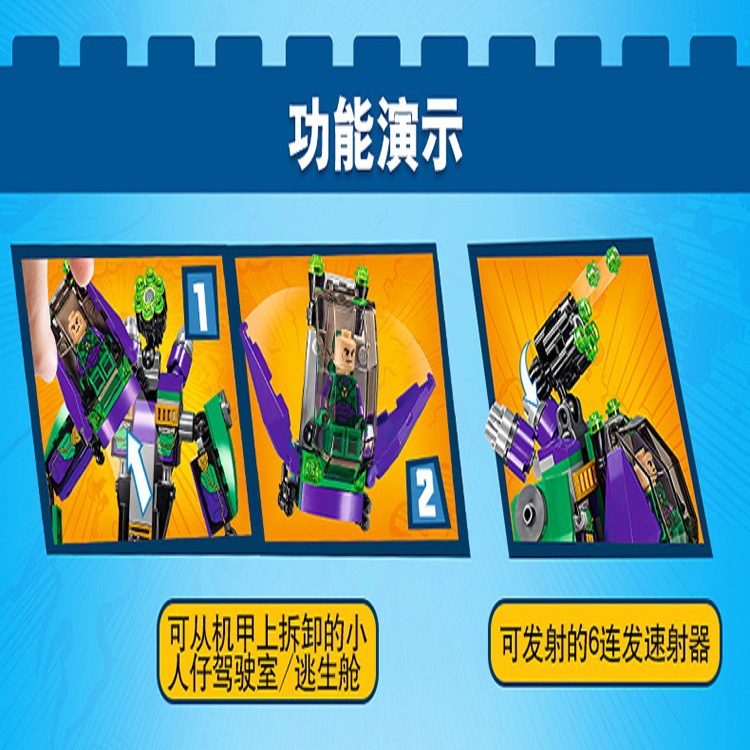 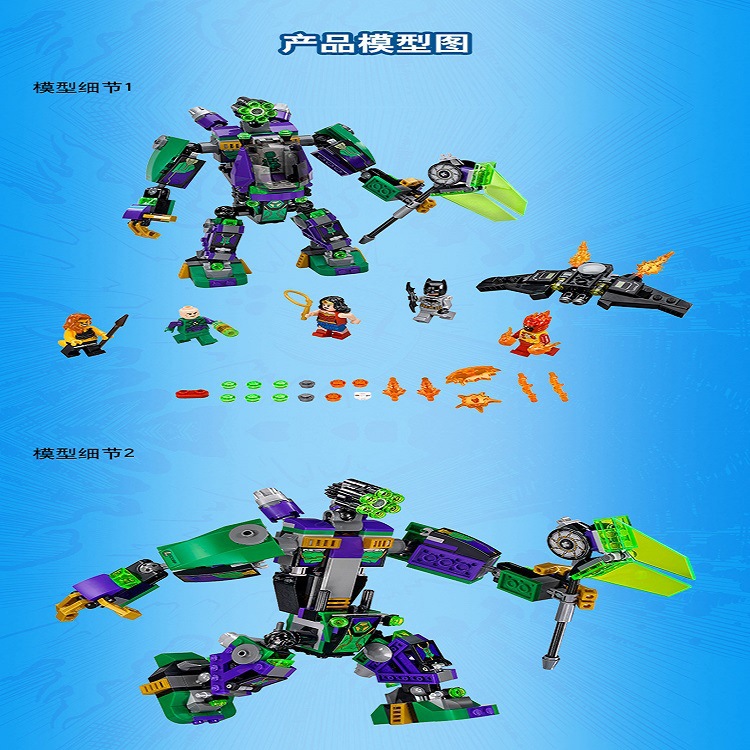 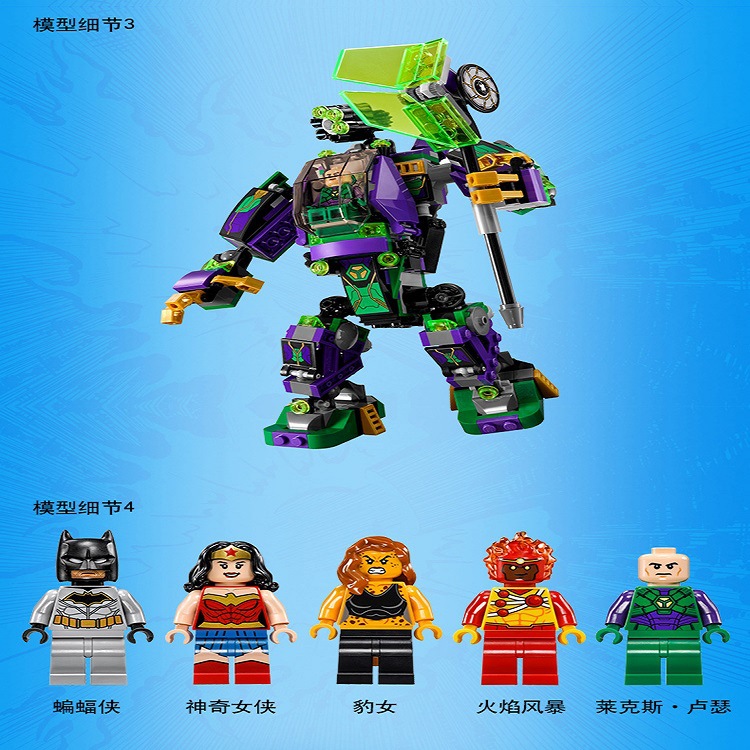 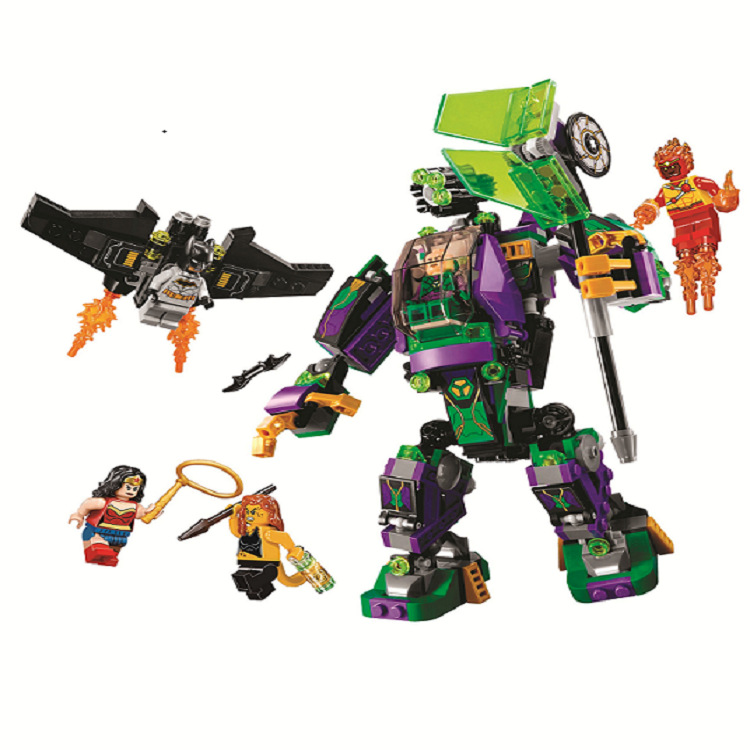 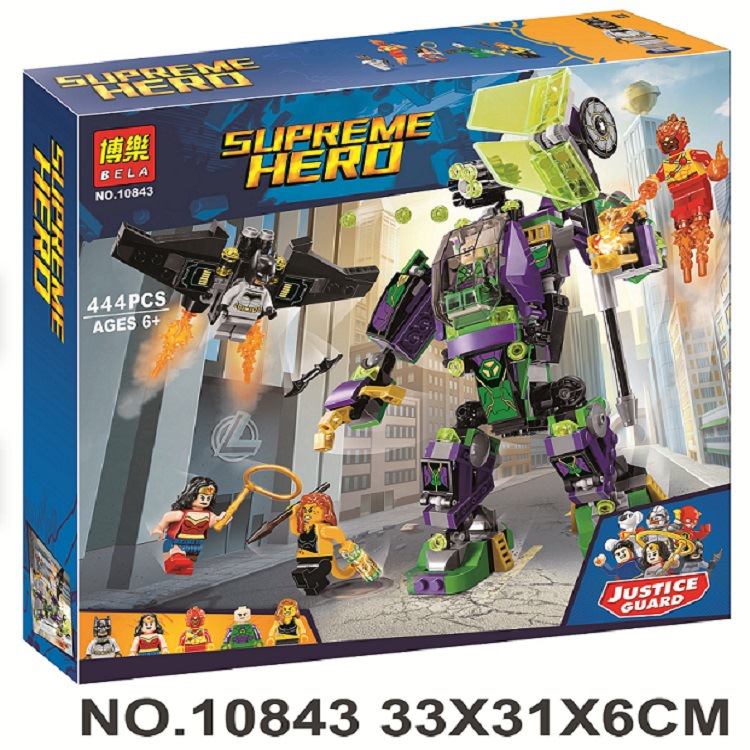